This is something of a monumental weekend for myself. Today is Juneteenth, it marks the day slavery officially ended and black people in the day can be considered free men and women. Due to recent events that put the spotlight back on the social, economic, and systematic disparities of black people, it is a monumental day for the rest of human history going forward. February 23rd, 2020 Amaud Arbery was jogging in his own community and was murdered by a group of random white men. March 13th, 2020 Breonna Taylor was woken out of her bed and murdered by police in her own home on a janky drug raid. May 25th, 2020, I watched a white police officer kneel on a black man’s neck with a blatant disregard for his life. George Floyd pleaded “please, I can’t breathe” with 4 police officers as they snuffed out his life under the eyes of his dead mother in heaven. He cried to her with his last words before he joined her forever. Friday June 12, 2020 Rayshard Brooks chose not to drive drunk and decided to sleep it off in his vehicle parked in a Wendy’s parking lot during a traffic stop. He lost his life for it, Rayshard Brooks was shot in the back by police. Protests erupted and in the middle of all of this I descended into thought. For myself, everything has changed from this point on. I do not care about exact dates, but I’m for any day that will recognize black people and our history.


Why Juneteenth is Important to Me

In two days, it will be Father’s Day and National Indigenous Peoples day. Very heavy stuff if you’re an Izzard. My father’s name is Maurice Izzard Sr., I am Maurice Forbes Jr. and both surnames have been handed down to us through history by way of slavery. It was on June 19th, 1865 when the last remaining slaves in Galveston, Texas were given word that they were in fact free people. Black people were smuggled from Africa, throughout the Caribbean (my mom is Jamaican) and into North America through the Transatlantic to build a foreign land that was stolen from the native indigenous people (my dad is indigenous & black). There wasn’t enough Natives left to build the land so black people were used to close the gap. During the war of 1812 when America was going through their revolution, they had enough of the British monarchy and couldn’t stand being colonized not one minute more. They called on the black slaves of the time and promised their freedom if the slaves would fight the Brits alongside them for America’s own freedom. No person understood the thirst for freedom more than the black slave at that time, so they struck a deal and went to war. They won that war and when the last bullet was shot and the victory sealed, America turned right around and enslaved black people again. Real steps to end slavery were not made until the American Civil War from 1861–1865. This war was sparked by discussions of abolishing slavery. Most of us are familiar with this, North vs South, Union vs Confederates. The war was on to end the subjugation. Abraham Lincoln declared slaves free in The Emancipation Proclamation which took effect January 1st, 1863 but the war raged on. The 13th amendment that abolished slavery and involuntary servitude passed on April 8, 1964. The war ended on April 9, 1865 (my sister was born April 9th) and was officially declared a victory May 9, 1865. It wasn’t until December 18, 1865 that its adoption was officially proclaimed when the amendment was ratified by the required number of states 12 days earlier. So why are we celebrating a day that is supposed to symbolize the end of slavery a full 2 years after it was supposed to be ended with the Emancipation Proclamation? Well according to the Juneteenth website there are 3 legends. First being the messenger of the news was killed, second being that slave owners knowingly withheld the information, and the final theory is that federal officials were waiting for the final yield to come in from slavery before they gave word. My great great grandad was an escaped slave by way of the underground railroad, and I’m probably one wrong move of his away from not existing. He alongside many others chose to use their newfound freedom to start a life in Canada. To think that my lineage escaped violence that still happens today is mind boggling. Back then black men were lynched by ropes on trees, captured on pictures, today we are lynched by the knee and captured on video.


This Matters in Canada

There are leaders and decision makers that will not make a stand to say systemic racism is a large issue and is ever-present in every aspect of our lives. The leader of our neighbouring country said “I’d like to think there is not” systemic racism, “but unfortunately, there probably is some. I would also say it’s very substantially less than it used to be.” Well since George Floyd’s death, 6 people of colour have been found hanging from trees across the US, and the initial reports are “suicides”. There is a sentiment amongst some Canadians that our history with racism is in contrast to our US sisters and brothers and that the differences are night and day.

When people think racism isn’t a Canadian concern, I think of my father’s story of being born in an all-black settlement that is no longer here. He was born in Africville, Nova Scotia, one of a few black townships that were created by the new population of black people that escaped slavery over 150 years earlier. Even though the citizens paid their taxes they were not afforded luxuries like clean water, sewage systems, and garbage disposal but the city did surround it with a dump, infectious disease centre and prison. My father went to the Shelbourne School for Boys where they housed “troubled” children, often meaning coloured. To this day my dad calls it the “coloured boys’ school” where some children were abused with impunity. Nova Scotia eventually condemned Africville and relocated the people. Building industry and infrastructure on the soil the people call home, they promised the citizens that they were doing this to improve their standard of living, yet they gave them no plan of where they were going and no resources to move forward. In 2010 Nova Scotia apologized, but the entire history of his youth has been lost to this. To this day, I’ve never seen a picture of him younger than his 20’s. These were the experiences of my fathers, and others like him, less than 60 years ago on Canadian soil.

It is no secret Canada has a long history of racial injustice with Indigenous peoples. Indigenous women are going missing without answers or justice. In B.C. health care workers play a game where they guess the blood alcohol level of their Indigenous patients before administering care. In New Brunswick two Indigenous people were shot within 2 weeks of each other in the month of June. One of these people come from the Mi’kmaq tribe — my grandmother’s mother is from the Mi’kmaq clan. Upon escaping slavery, many who settled here (including my ancestors) created a new life in Canada and were accepted and embraced by Mi’kmaq’s.

Like my father’s family, my mother and her family came to Canada for a better life. My grandfather packed the family up and brought them from Jamaica to Winnipeg, Manitoba when she was a child. My mom does not remember much of her life in Jamaica, but she does remember the racism she faced in Canada. Being an immigrant with an afro, walking through the halls of her elementary school she had to fight kids constantly when they spit in her face and called her a N. My mom celebrates her 61st birthday this August. I have faced explicit racism in every province I have visited or lived in. I witnessed a schoolmate of mine in elementary call a black kid a N, and when I confronted him, he only felt comfortable saying it because “he did not know I was black.” I have been called a N in Saskatchewan by a local when I went there for a football scrimmage. I have been assaulted by police when I went to university in Montreal. I got randomly carded in the middle of my meal at a restaurant in Vancouver by the gang squad after the hostess gave me a funny look. Note that I did not use the term “micro aggressions”, because these were explicit. Keep in mind my family left low income housing when I was 11 and from then on, I’ve lived in nicer neighbourhoods. Imagine if I lived in a more impoverished part of the city or in an all-white neighbourhood where you are one of a handful of people that look like you. The pains of my story are minute compared to some I have heard from my fellow brothers and sisters.

The Ontario Premier Doug Ford said that he felt Canada does not face the same systemic racism that is seen in the US before correcting himself a day later. Bloc Quebecois leader Yves-François Blanchet decided it timely to come up with his “own definition” for systemic racism. RCMP commissioner Brenda Lucki faced backlash as she “struggled” with the term “systemic racism” and couldn’t define its place within the police force. She later admitted systemic racism is prevalent within the RCMP. In Canada, there is no national record or database of the number of people killed during encounters with police. The Peel District School Board in Ontario (Mississauga, Brampton, Caledon), where I grew up and went to school just apologized for systemic racism. They apologized “for harms that have negatively impacted student learning and well-being, as well as staff wellness.” The apology continues, “We must do all we can to eliminate the marginalization experienced by Black students and staff in Peel schools.” Amy Cooper, the woman that tried to weaponize police against an innocent black man birdwatching in the US is in fact Canadian. Jessica Mulroney, a famed Canadian media personality was disgraced for threatening a black woman’s reputation as an influencer in the beauty and fashion industry. See Jessica felt personally attacked by a call to action asking people to speak up on racial injustice.

In a country where our leader has worn blackface more than once, our progress should not lead us to sweeping our history under the rug or absolve us from raising our voices against the racial injustices that still occur in the present. My only request of people is to listen and learn and let purposeful action follow. The mental and physical health of our citizens of colour are being compromised and the time is now to let the world know that on every square inch of this rock Black Lives Matter. 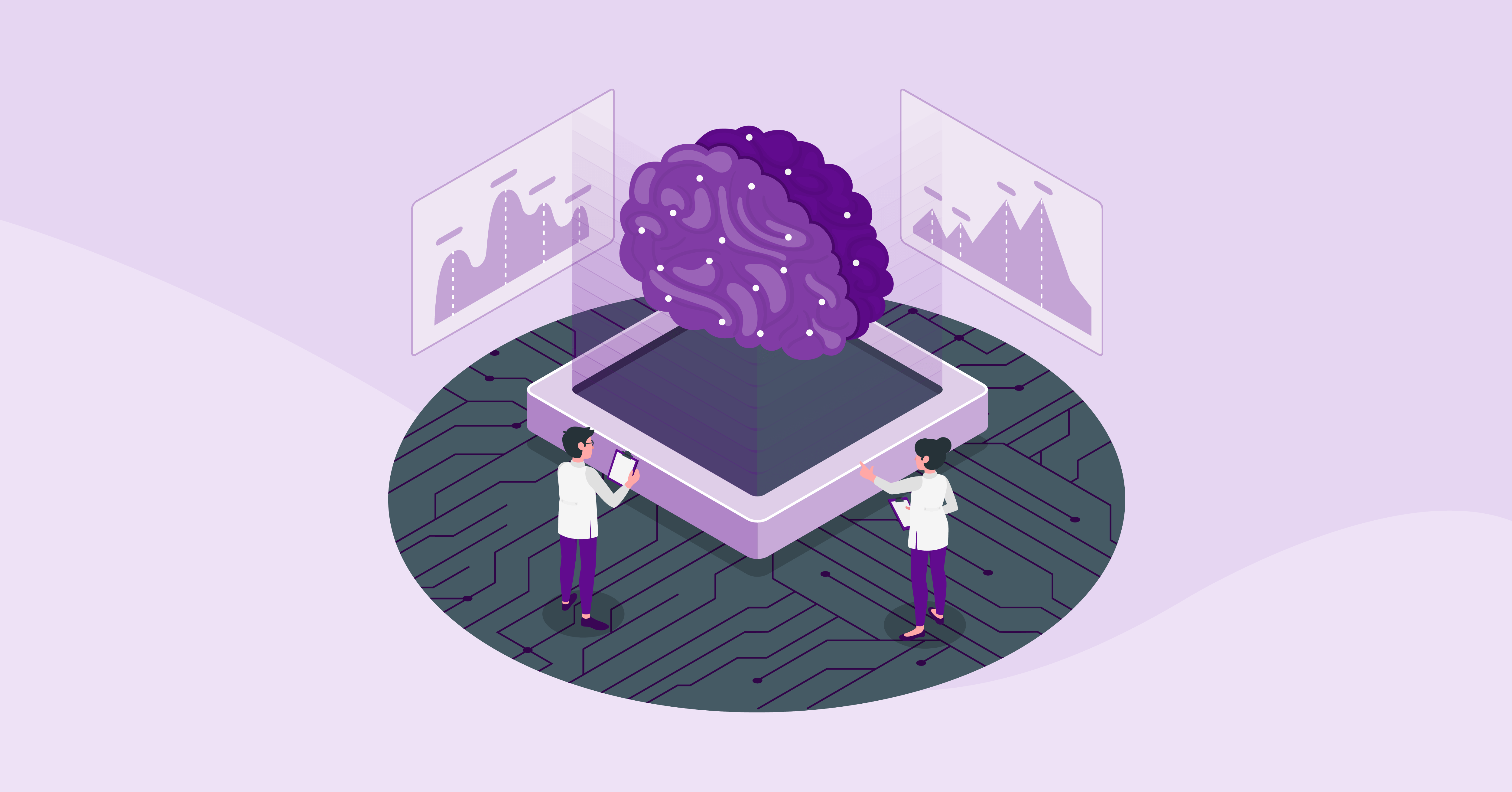 How AI is changing the game for recruiting